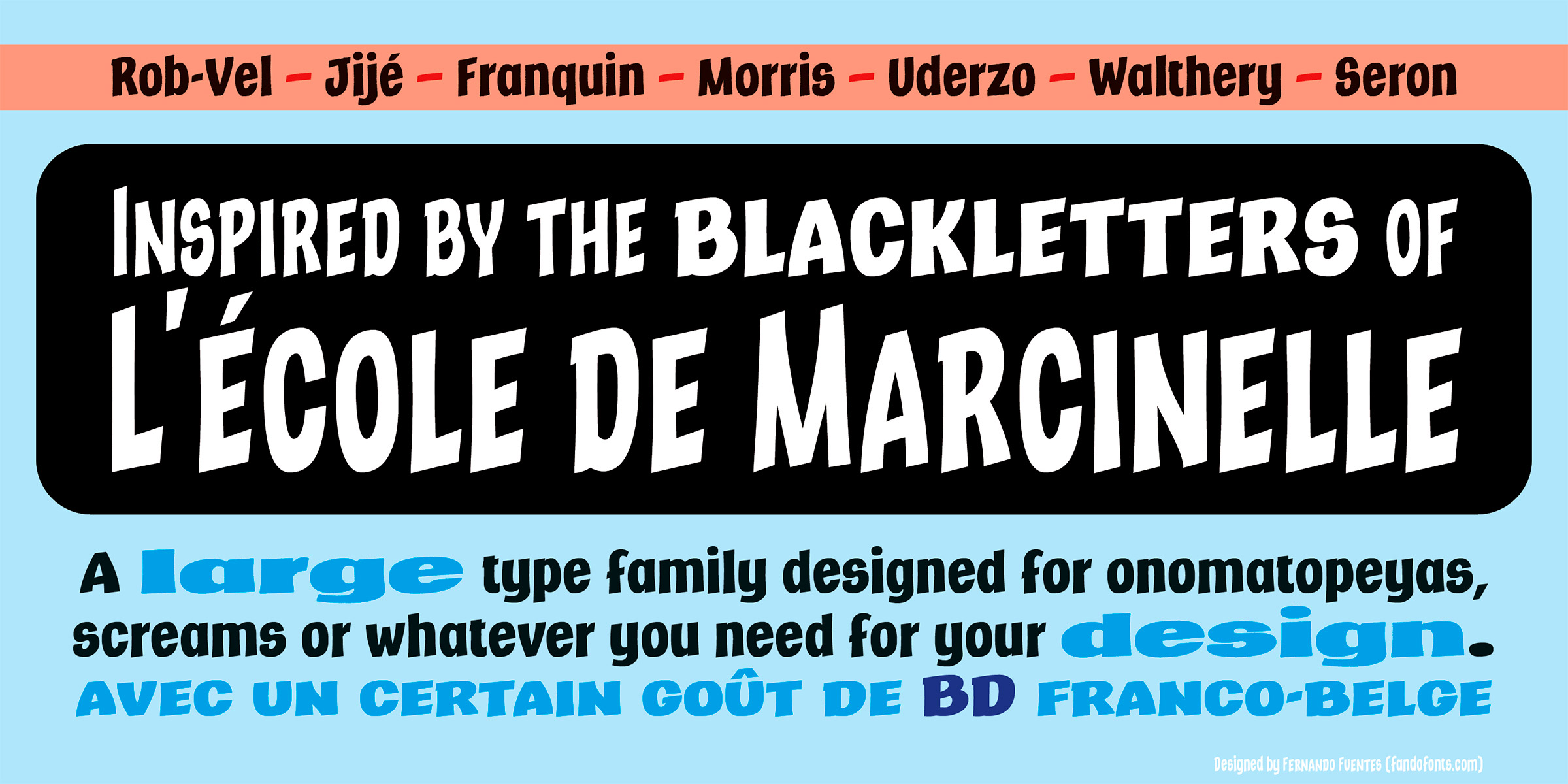 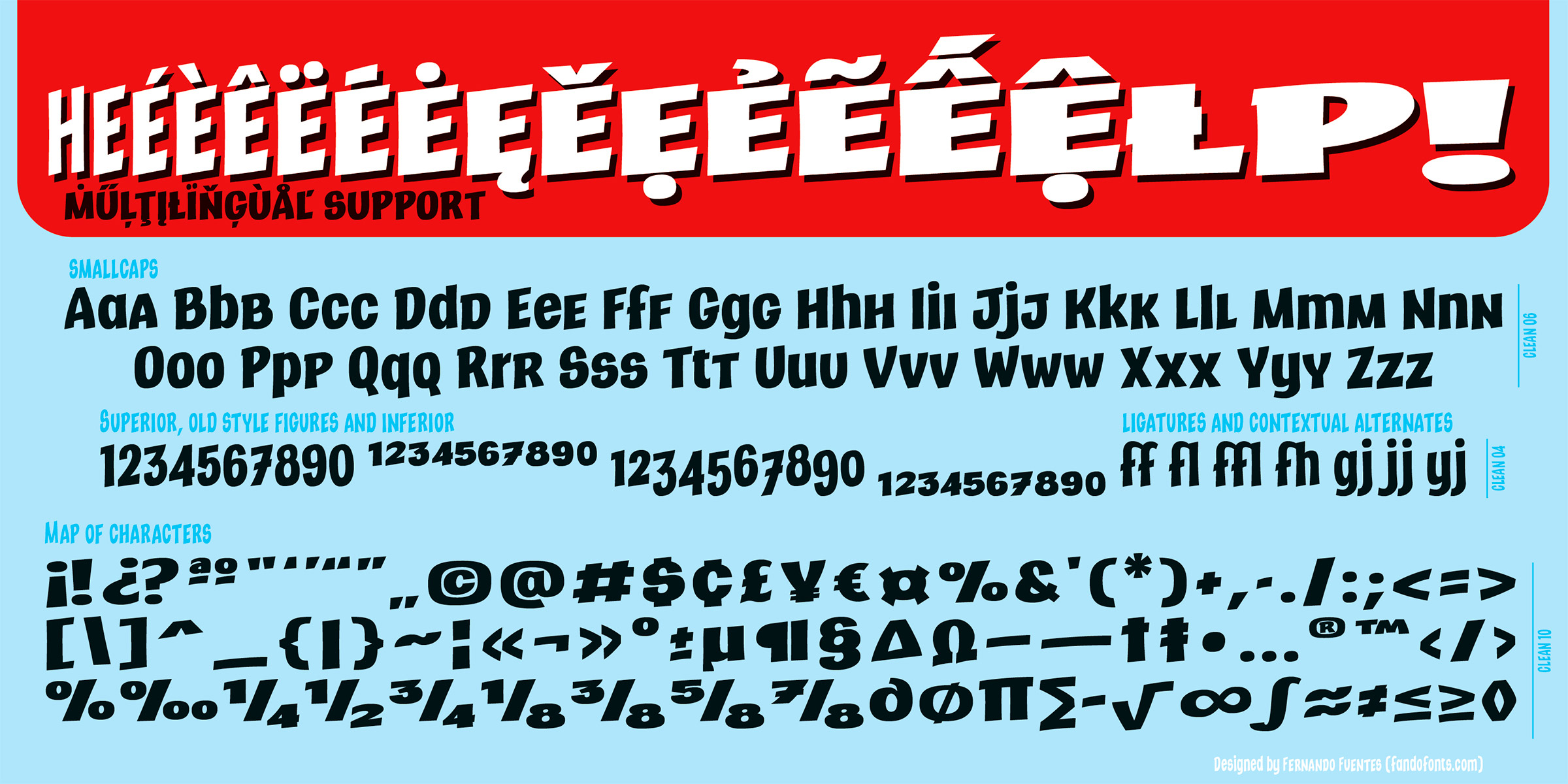 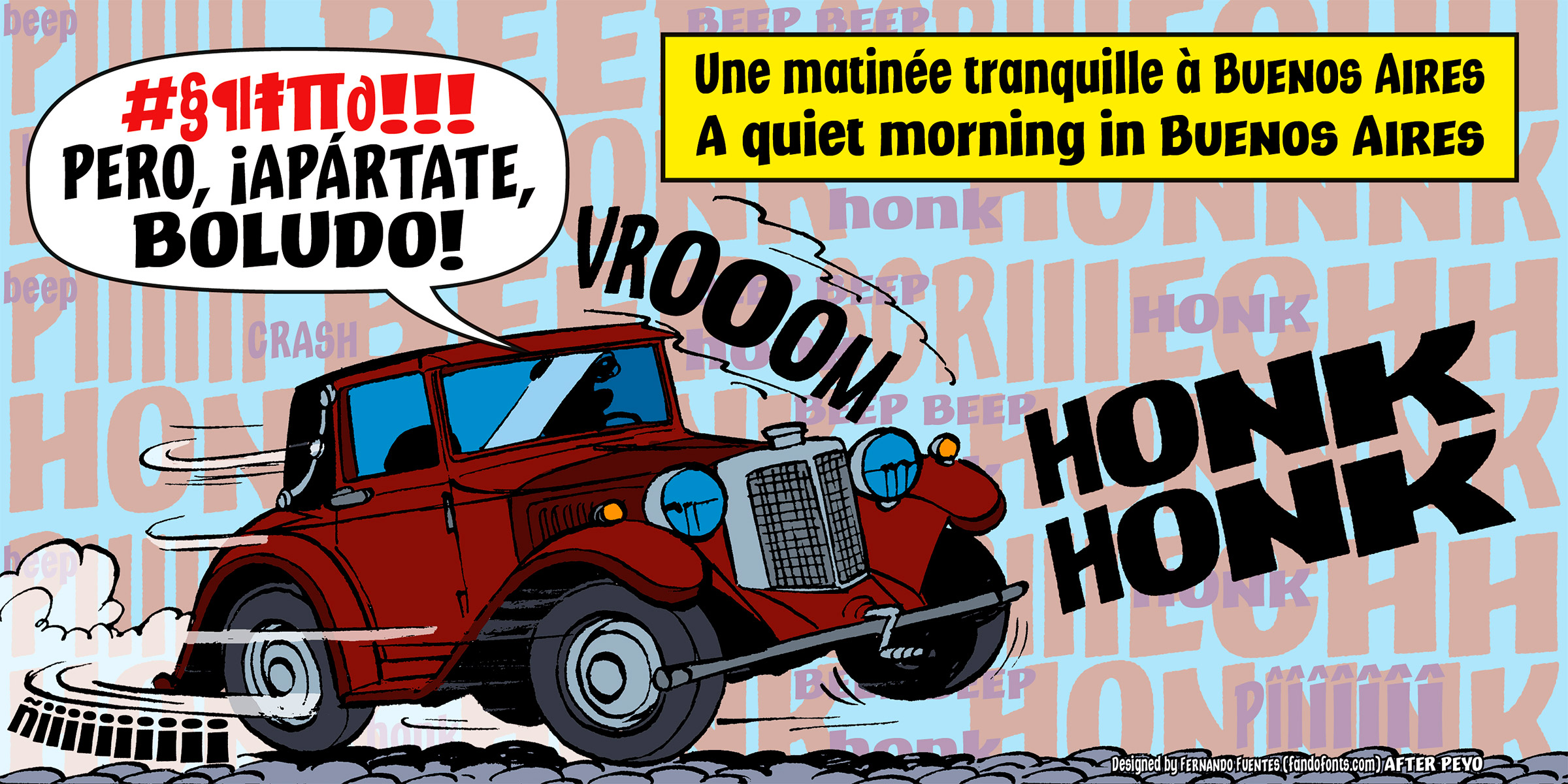 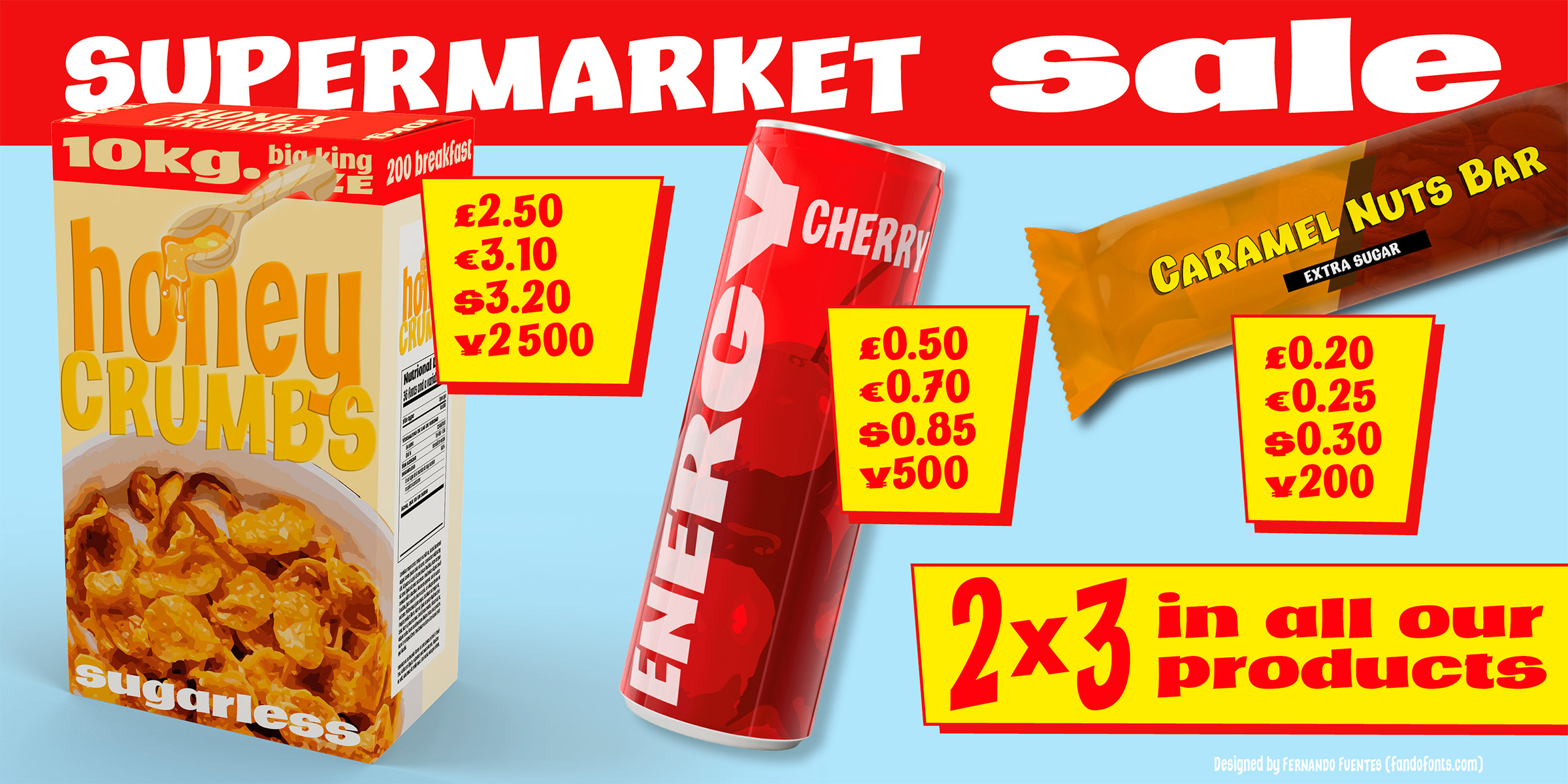 To design this family, I drew inspiration from the classic Franco-Belgian comic books, in particular from the so-called L’ecole de Marcinelle, hence the name, which included people like Franquin, Peyo, Morris and Walthery, all of whom were great comic artists. These authors used, and still use, large black letters for screams and onomatopoeias, with such a personality that I had to create a typeface family to allow the designer to truly replicate them. One family from the narrowest to the widest letters in order to have as much versatility as possible so that you would never be in need of a different typography.

Nevertheless, this family has many more possible uses, from packaging, logos, posters, signage, packaging, branding, etc. Everything you need a large, legible typography with an informal touch.

The family consists of 36 fonts divided into 18 “clean” and 18 “rough” bodies, the latter simulating the breaking of the line when the ink expands on the paper. It also has a variable, clean typography, to have total control of the necessary width of the letter in each situation.

With its wide variety of glyphs you can make your sound effects, logos, etc. in most Latin languages.

If you need a Internet, videogame or ePub license go to MyFonts.

A variable typeface that fills your space

Small caps and its diacritics